FB Resistance is a research initiative and hands-on workshop series to rethink and change the frame that Facebook is setting for us.

Facebook is defining our identity and social interactions in digital space. The code is the law (A quote by Lawrence Lessig). What would you do if you could change it? This workshop shows you how. Let's inspire each other and work on concepts to alter Facebook.com!!

FB Resistance’s workshops are both conceptual and concrete. On the one hand freedom is explored through the re-imagination of Facebook and on the other hand ideas are actualized into prototypes, mock-ups and functional user scripts. Critical, subversive and fun ideas emerge out of the workshops. Moreover, the participants are also given the opportunity to experiment with browser hacks that are inherent to the initiative, actualized inspiring ideas that might be elaborated on. Furthermore, ideas of the participants, relevant available hacks, software projects and artworks are ironically shared on an open Facebook Group: FB Resistance Artists. 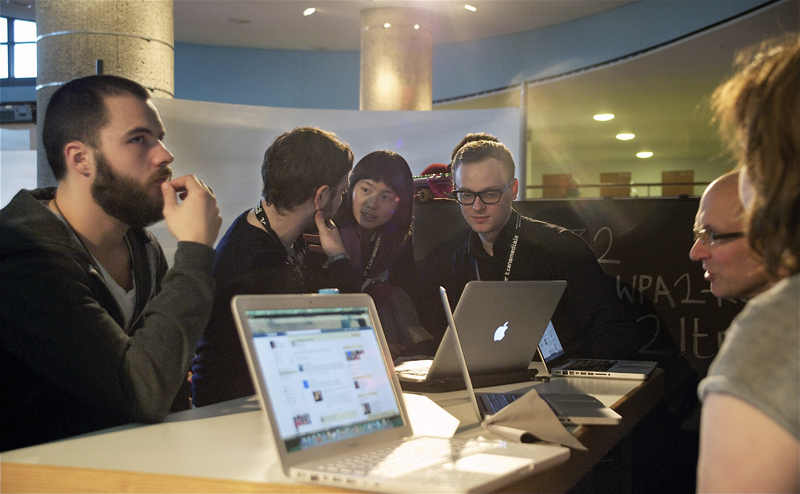 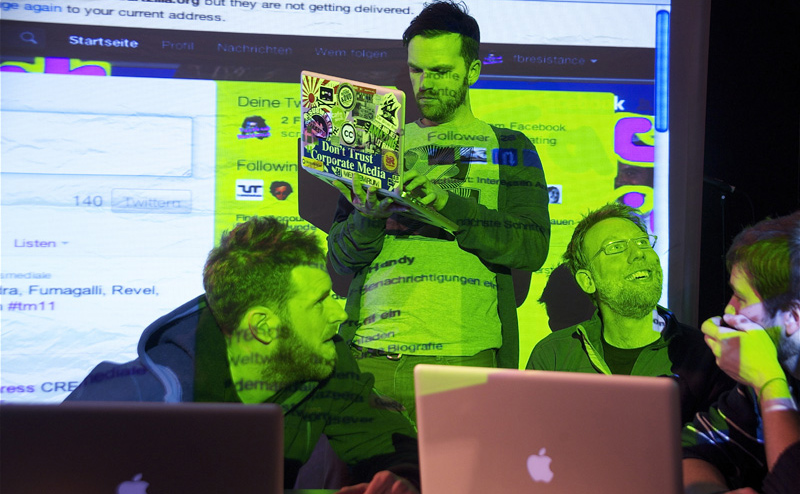 "What kind of hacks are there to enhance the Facebook user experience and fulfill needs that Facebook does not support? How to define the freedom that FB Resistance explores and cultivates, which is obscured by Facebook at the same time?
To examine this, this article shed light on several concepts and hacks, adopted by FB Resistance. Firstly, three antagonist concepts are described that provoke against wearing Facebook’s obligatory rose-tinted glasses. Secondly, the possibilities for user interface modification are exemplified. Finally, the essential freedoms of open source software are juxtaposed to the freedoms, exercised by Facebook Resistance."

We're part of / friends with: FAT Lab, Artzilla.org, the Social ID Bureau and the internets.